As I was beginning to read and learn about the Elixir/Phoenix world, I stumbled across this talk at the Elixir Warsaw Meetup by José Valim, the creator of Elixir.

In this talk he's giving a high-level overview about the benefits of using Phoenix: the productivity benefits we're accustomed to from Rails, and the performance of the underlying Erlang runtime.

While I was watching it, there was a slide where he talked about Phoenix's MVC pattern, and he showed this image (at 26:05): 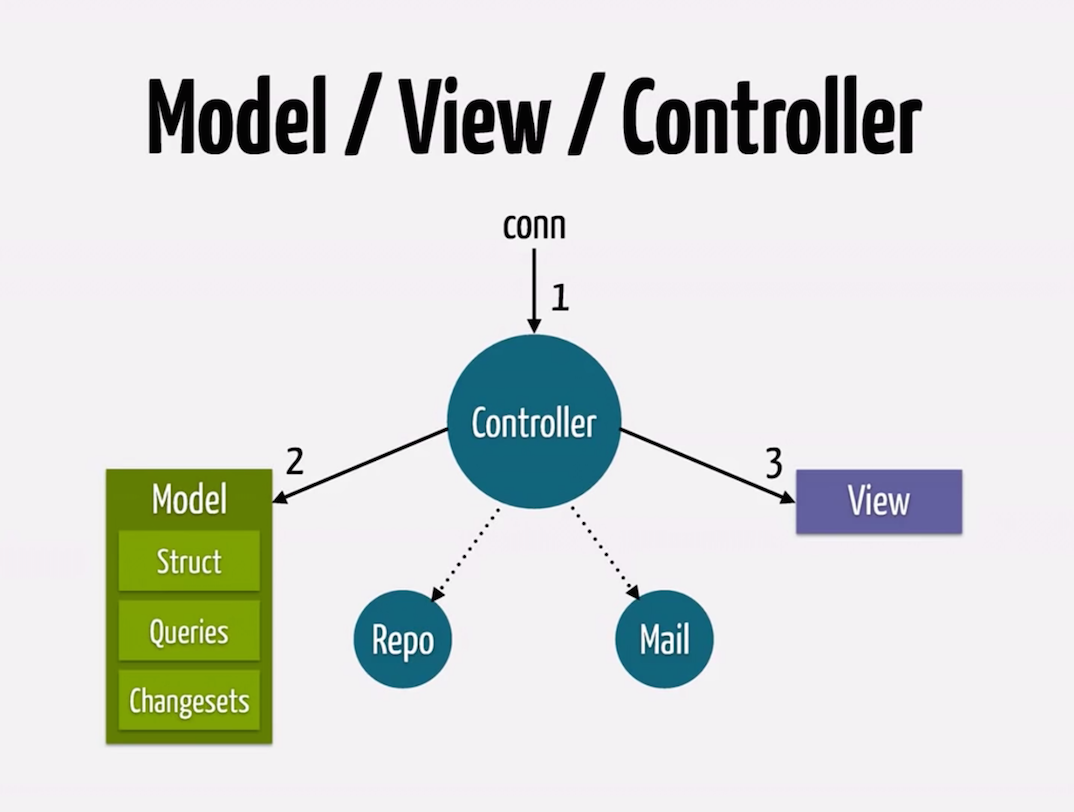 I noticed that the controller was the center point of the image. The controller would reach out to the "leaf" nodes—none of the leaf nodes are connected.

The typical MVC diagram I'm used to seeing is more of a triangle. It usually looks something like this: 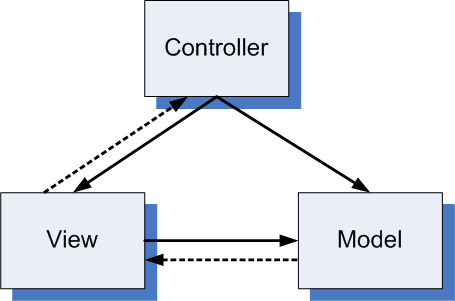 Here the nodes are all interconnected.

When José was talking about the first image above he said this:

"Functional programmers like to split side-effects—things that change the world around you...side-effects is where the complexity in our applications exist."

When he said this, it made me think of many of the Rails apps I've encountered. Usually they look something like this:

In the controller action we find the model, and then call a model method to do the work (after all, you do practice Fat Models Skinny Controllers™ don't you??).

Arguably the most difficult part of software is reading (and understanding) someone else's code, and then being able to maintain that code effectively.

I'm starting to think that the Phoenix pattern would be an excellent thing to bring into my Rails apps. If only the controllers produced side-effects, it would be very easy to read through the controller action and see what is actually going to change.

If all change happens in controllers, the Rails models would become more like a functional programming language's modules—independent functions that transform data without persisting side-effects. That sounds easier to use, compose, and test.

While I'm sure I'm not the first person to think this, it is something I'm going to implement moving forward—whether I'm in Rails or Phoenix land.